I'd like to first take this opportunity to thank you all for the wonderful messages of support you have sent me regarding my new venture as a newly-minted literary agent. I appreciate them very much. I want to clarify that I will continue working on this blog, not only to fill you in on my new adventures and let you in on what I am doing on that score, but more importantly, to do my part to continue to further the cause of Latino and Spanish language literature.

To that end, I have been working closely with Uruguayan-American author Carolina De Robertis' publisher and two other blogs, to spread the word about this exciting new book that has already garnered so much praise, including a starred review in Publishers Weekly. Below, you will find a description of the book, as well as a personal introduction from the author to what will be the first in a series of three excerpts from the book posted by three separate blogs. The subsequent excerpts will be posted on La Bloga and Little Pink Book PR (in that order). Please let others know about this book and spread the word about the excerpts. Coming soon: my interview with the author for Library Journal. Enjoy! 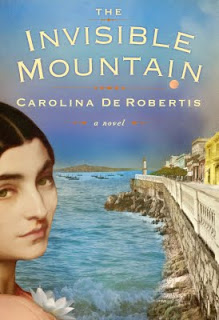 About The Invisible Mountain
On the first day of the millennium, a small town gathers to witness a miracle and unravel its portents for the century: the mysterious reappearance of a lost infant, Pajarita. Later, as a young woman in the capital city — Montevideo, brimming with growth and promise — Pajarita begins a lineage of fiercely independent women. Her daughter, Eva, survives a brutal childhood to pursue her dreams as a rebellious poet and along the hazardous precipices of erotic love. Eva’s daughter, Salomé, driven by an unrelenting idealism, commits clandestine acts that will end in tragedy as unrest sweeps Uruguay. But what saves them all is the fierce fortifying connection between mother and daughter that will bring them together to face the future. From Perón’s glittering Buenos Aires to the rustic hills of Rio de Janeiro, from the haven of a corner butchershop to U.S. embassy halls, the Firielli family traverses a changing South America and the uncharted terrain of their relationships with one another. Click to buy the book. 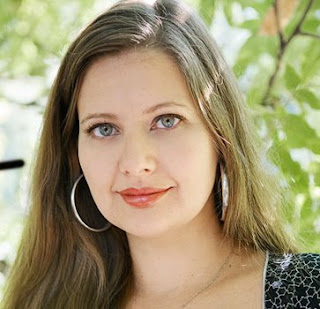 Carolina De Robertis was raised in England, Switzerland, and California by Uruguayan parents. Her fiction and literary translations have appeared in ColorLines, The Virginia Quarterly Review, and Zoetrope: All-Story, among others. She is the recipient of a 2008 Hedgebrook Residency for Women Authoring Change and the translator of the Chilean novella Bonsái by Alejandro Zambra. She lives in Oakland, California.

Author's introduction and first excerpt
Pajarita
Montevideo, Uruguay, 1924: Pajarita grew up in the country and first arrived in the city as a seventeen-year-old bride. Now, her husband has not been home for days, leaving her alone with three small children and a house that has run out of food. Her friend Coco, the butcher’s wife, has come over to visit.

“First of all,” Coco said, pushing a hefty package into Pajarita’s hands, “you’re taking this meat. I don’t care what you say. I know your husband’s gone—the desgraciado.” She sat her ample body down at Pajarita’s table. Pajarita stared at the gift.

Coco continued as if she hadn’t heard. “Secondly: your plants. They’re strong. You should sell them.”

“To women in the barrio. You can start in the store, behind the counter with me. Look, once word spreads about your cures, better than a doctor and cheaper too, you’ll be putting food in those boys’ bellies.” It had never occurred to her, but she couldn’t think of a reason not to try. She took her children and a basket of leaves and roots and barks to the butcher shop. The boys resumed an epic pretend game of gauchos-in-the-campo, riding imaginary horses among the chunks of ﬂesh that hung from the ceiling. In one corner of the room, between the chopping block and meat hooks, Pajarita arranged two small wooden stools and sat down on one. Ignazio, she thought, I want to kill you, to kiss you, to carve you like a ﬂank; just wait and see how I’m going to live without you by my side.

Coco served as a living advertisement. Women began to come. Some of them just needed to be heard; they told sprawling, unkempt tales of death in the family, brutal mothers-in-law, ﬁnancial pressures, wayward husbands, violent husbands, boring husbands, loneliness, crises of faith, visions of Mary, visions of Satan, sexual frigidity, sexual temptation, recurring dreams, fantasies involving saddles or bullwhips or hot coals. She offered them teas for comfort, luck, or protection. Other customers came with physical conditions—pain in their bones, a stitch in their side, numbness in hips, ears that rang, forgetfulness, sore knees, sore backs, sore hearts, sore feet, cut ﬁngers, quivering ﬁngers, wandering ﬁngers, burns, headaches, indigestion, excessive female bleeding, a pregnancy that wouldn’t come, a pregnancy that had to end, cracked bones, cracked skin, rashes no doctor could diagnose, aches no doctor could cure. There were housewives, maids, sore-handed seamstresses, sweaty-handed adulteresses, great-grandmothers swaying with canes, young girls swooning with love. Pajarita listened to them all. She sat still as an owl as she listened. Then she handed them a small package and explained what to do with its contents. Word spread. Women came to see her from all corners of the city. She could barely keep up with harvesting from cracks in the sidewalk, nearby parks, and the pots in her own house. To Coco’s delight, the seekers often picked up their daily beef along with their cures. Pajarita set no price. Some gave her pesos, others fruit, a basket of bread, a ball or two of handspun wool. Anonymous gifts appeared on the Firielli doorstep—baskets of apples, jars of yerba mate, handmade clothes for the children. They had enough.

She had developed a peculiar sort of fame. Her name was whispered through the kitchens and vegetable stands of Montevideo. Pajarita, she cured me, you should go see her too. And when I almost. You saw me then. If it hadn’t been for her. Strange, she thought, that all of this should grow from something as familiar as plants, such ordinary things, opening new worlds, drawing the souls and stories of this city to her doorstep, unveiling a startling thing inside her: a reach, a scope, adventures with no road map, forays into the inner realms of strangers where she roved the darkness in search of something that bucked and ﬂashed and disappeared, slippery, evasive, untamable.

One sweltering afternoon, as a hunchbacked woman who smelled of garlic confessed her infatuation with the new priest, Pajarita felt something stir inside her body. Her mind reached in to feel. She was pregnant. A girl. She ﬁlled with the memory of conception, that ﬁnal night, the clawing, Ignazio’s torn and hungry skin. And he was gone. She almost imploded from the sadness.