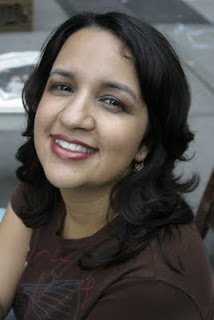 Michelle Herrera Mulligan is the editor of, and a contributor to Juicy Mangos: Erotica Collection (Atria Books, 2007), the first-ever collection of Latina erotica in English, which Pulitzer-Prize-winning author Oscar Hijuelos called “not only a tantalizing read, but a deeply rewarding one as well.” In 2004, she co-edited Border-Line Personalities: A New Generation of Latinas Dish on Sex, Sass, and Cultural Shifting (HarperCollins/Rayo, 2004), an anthology of essays on the contemporary American Latina experience. She received an American Association of Teachers of Spanish and Portuguese (AATSP) Ruth Bennett Outstanding Contributions to Hispanic Studies Award in spring of 2006. Michelle has worked as an author and journalist in New York City for twelve years. She has contributed to Time, Woman’s Day, Latina, Teen People, and Publisher's Weekly, among many others.

You’ve all seen them. They drift into your inboxes with deletable subject lines like “FW:FW:Re:Please forward: New anthology editor seeks stories about sisterhood, motherhood, growing up in Miami, Detroit, Peoria...,” you get the idea. If you actually click on the message, you might make it to the part where it says compensation consists of a “small stipend upon selection.” That is, if you haven’t deleted it by then. And you probably have. I certainly did. Plenty of times. That is, until I thought of an anthology of my own.

My friend Robyn and I didn’t plan on doing an anthology, or even a book together. We mostly hung out in offices and laughed hysterically at all the weird things our mothers had in common, like favoring makeup for fifth graders, and loving telenovelas way too much. But after a while, we realized we had another important thing in common: we weren’t seeing professional women like ourselves (educated, sophisticated Latinas navigating multiple realities) on T.V., or in any of the novels or essays we were reading at the time. And we wanted to do something about it. So we decided to pose a couple of emailed questions of our own: “What has being Latina meant for you?” “What has it meant to your identity at different stages of your life?” We didn’t just send the questions to anybody. We asked the best writers and most outrageous thinkers of all of the talented women we knew. And what we got back overwhelmed us.


For about two years after we got a book deal, our lives became consumed by edits, 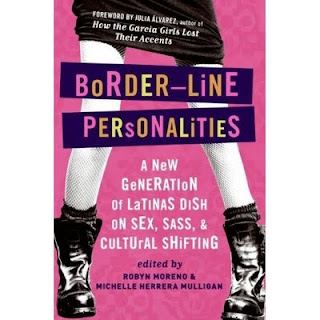 negotiations (though the individual contributor contracts started out identical, many required tweaking and much discussion), and long phone therapy sessions, pronounced by panic about what family members, former lovers, and friends would say once it all hit the shelves. The work was consuming and costly (I could have made more money writing a long magazine feature at the time). Robyn and I became infamous editors in the process; we sent the essays back for revision after revision (and put ourselves through the same). But what we ended up with in the end was worth it: a tight-knit group of friends and colleagues, a tour around the country (that we paid for ourselves), where we met young women touched by our stories, conversations started about Latina identity in the press, and most importantly, the stories themselves, gathered in a volume called Border-Line Personalities: A New Generation of Latinas Dish on Sex, Sass, and Cultural Shifting (HarperCollins/Rayo, 2004), which is still being used in college curriculums around the country.


At the end of that process, I was happy and done. I was going solo. I’d never do it again. And yet, one day I got a call, just like that classic email, asking if I would be interested in contributing to someone else’s anthology. Only I didn’t politely decline out of turn. I took a minute to listen, and that moment proved to be transformational.

The job at first seemed absurd (“Me, an editor of erotica? Are you 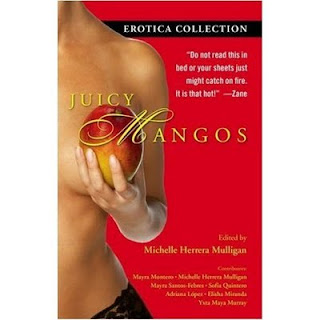 kidding?”). I had to edit in English and Spanish, and make writers that were more experienced than me sound amazing and polished as they wrote a heavily sexual, literary, novella. And I also had to write one of those novellas myself (“I know, what?!”) “There goes another year (or two), there goes my novel,” I thought. But my capacity as a writer was challenged, yet again, expanded beyond my expectations—as was the final product: Juicy Mangos:Erotica Collection (Atria Books, 2007). As with Border-Line, the experience sparked friendships that I treasure to this day.

You may hear that anthologies don’t sell, will suck your time, and are going the way of the hardcover. What you won’t hear is this: if you get a chance to work on one that features a topic you’re passionate about, jump at the chance. You’ll never take a class that will teach you more.

Michelle Herrera Mulligan, Elisha Miranda, and Sofia Quintero, will be reading from their stories from Juicy Mangos on Thursday, October 22 at the East Harlem Café, 1651 Lexington Avenue, 7-9 p.m.

Thanks to everyone who entered the contest, especially the new followers. I was very impressed by the amount of thought and consideration that went into some of the suggestions for the blog, and pleased as well, since I interpreted that great care to mean that you feel a sense of ownership with it, which I of course hope you do. Please know that I will consider your contributions carefully and plan on implementing quite a few of those suggestions. I look forward to continuing the conversation, and thank you again for your support.

And now, the winners of the Hispanic Heritage Month Giveaway!

Each will receive a set of the five books featured in the giveaway. Books will ship directly from the publisher. Congratulations to all!

Come join me in Los Angeles this weekend! 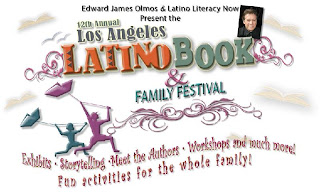 I will be at this year's Latino Book and Family Festival in Los Angeles this Saturday and Sunday, participating on panels on the state of publishing, and interviewing the fabulous Pat Mora. Come check it out, this year's festival promises to be the best one yet! Click here for more information, and for the festival's full program, which includes events in English and Spanish.