The National Hispanic Cultural Center and the National Latino Writers Conference are pleased to announce the winners of the NHCC’s two literary awards. The first is the Premio Aztlán awarded to an emerging author who shows promise as a writer. The second is the bi-annual NHCC Literary Award given to an established writer with an impressive body of work and who has impacted the productivity and success of other Hispanic writers. 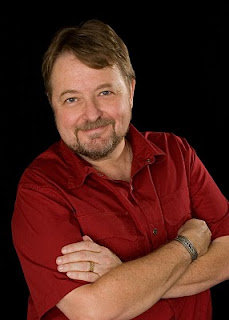 Luis Alberto Urrea has won the NHCC Literary Award for the breadth of his work in non-fiction, poetry, novel, short fiction, essay and memoir. Mr. Urrea has published fourteen books and several titles are forthcoming. He has been a past faculty member of the National Latino Writers Conference. From his presence at the NLWC we know him to be generous with his attention and knowledge in a workshop setting.

Urrea has been the recipient of the Kiriyama Pacific Rim Prize for fiction, a Pulitzer Prize finalist for non-fiction, winner of the Lannan Foundation Literary Award for non-fiction, the Premio Fronterizo Award/Border Book Festival, the Latino Literary Hall of Fame award and the Before Columbus Foundation American Book Award, among others. Luis Urrea is presently a Professor of English/Creative Writing at the University of Chicago at Illinois.

The National Hispanic Cultural Center Literary Award has been given since 2002. Past award recipients include: Rudolfo Anaya, Denise Chávez, Pat Mora and Martín Espada. The award will be presented to Luis Alberto Urrea on Friday evening May 21st during the National Latino Writers Conference banquet. The NHCC Literary Prize is $2,500.00 and Mr. Urrea will be in attendance to accept the award and make remarks to the National Latino Writers Conference.

Gloria Zamora, a native New Mexican has been awarded the Premio Aztlan for her book, 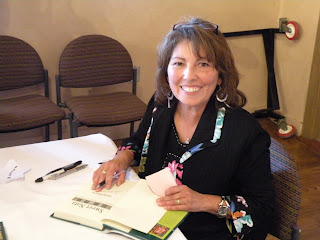 Sweet Nata: Growing Up in Rural New Mexico. Her book was one of the most successful titles published by the University of New Mexico press in 2009.

The Premio Aztlán was established in 1993 by famous local author Rudolfo Anaya and his wife Patricia, who passed away several months ago. Established at the University of New Mexico, the Premio Aztlán was moved to the National Hispanic Cultural Center in 2008 as part of the Center’s annual National Latino Writer’s conference. The conference will be held, May 19-22, 2010 for the eighth consecutive year and draws writers from throughout the country. Ms. Zamora will be required to offer a short lecture at this year’s conference where she will receive a prize of $1,000.

[Note: There is still time to register for the National Latino Writers Conference. I have attended more than once and definitely recommend it. Just take a look at this year's faculty in the link at the beginning of this post!]

Posted by Adriana Dominguez at Monday, March 29, 2010 No comments: